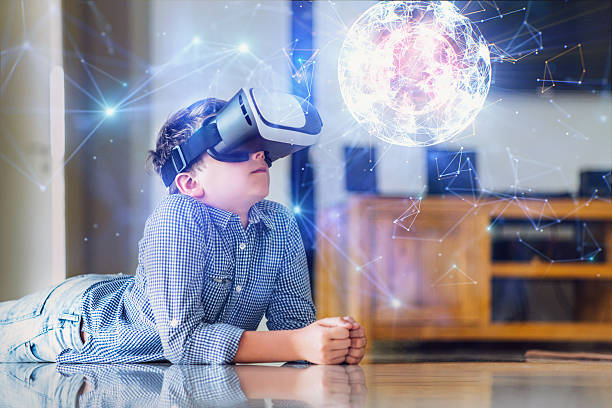 Essentially, virtual reality is a simulated experience, where the user experiences a simulated reality through a computer, mobile phone, video game, or other device. It involves the use of a 3D near-eye display and pose tracking to create a realistic experience. It can be used for entertainment, education, and business applications. 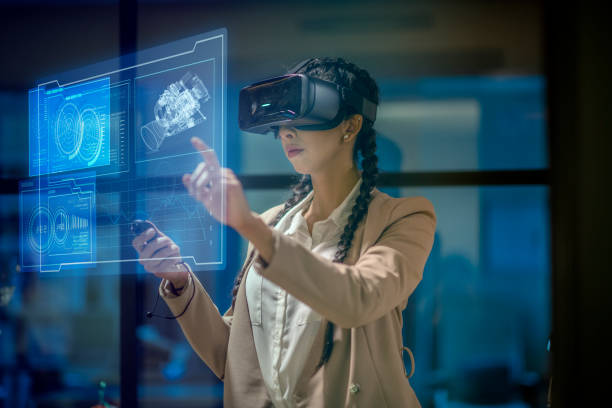 During the first few decades of VR technology, the industry was dominated by military and medical applications. However, with the advancement of technology, VR has now impacted multiple industries. In 2017, there are hundreds of companies working on VR headsets. Virtual reality gear is now affordable and high-quality.

Before computers, virtual reality was created using sensory stimulation. In the early 1950s, Morton Heilig invented a device that would allow viewers to feel what they were watching. He had a background in the film industry and was interested in creating a machine that would allow people to experience movies in a simulated environment.

In the mid-1950s, Morton Heilig invented a virtual reality headset called the Telesphere Mask. He had a background in the film and television industry and was interested in creating a device that would allow people to feel what they were watching.

In 1967, Bell Helicopter tested a head-mounted display (HMD). The camera moved with the pilot’s head and provided a level of immersion. Later, this technology would be called augmented reality.

In the late 1980s, NASA began developing Project VIEW. The system used multiple cameras and projectors to create a simulated environment. The system was used to train astronauts. It also generated a hand that would move with the user.

After the 1970s, VR began to be used for entertainment. SEGA developed a motion simulator arcade machine, called the VR-1. The first real-time immersive movie, “Angles,” was released in 1991. 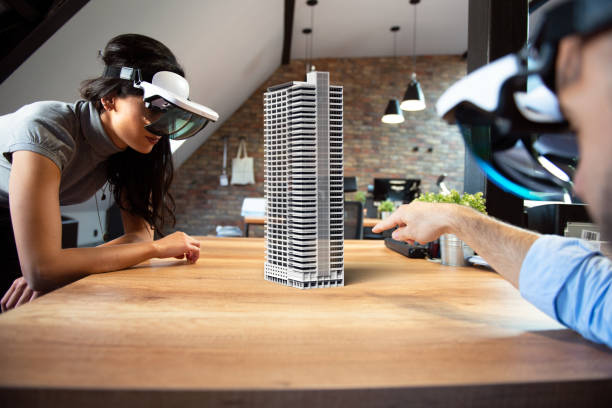 Basically, there are three types of VR. The first is non-immersive. It is achieved through computer software and input devices. The second is semi-immersive. It uses high-resolution displays and computer power to provide a partial virtual experience. The third type, fully immersive, uses special equipment and a head-mounted display to provide an immersive experience.

Non-immersive VR is the most common type of VR. It is not too different from video games, which are technically a virtual world. Usually, people move about the virtual world using a mouse. In some cases, special equipment is used to provide a real-time response to the virtual environment.

Semi-immersive VR is the more interactive version of the non-immersive VR. It uses a computer, high-resolution displays and a virtual box to give a partial virtual experience. It also uses a Gyroscope to simulate movement.

The best example of this type of VR is the virtual tours that are available on the internet. These are mostly found on real estate websites and hotel websites. They are also used by educators to give students a hands-on experience. The New York Times has taken a virtual leap and has engaged in virtual journalism.

The fully immersive version of the VR is a bit of a step down. It uses special equipment and a high-resolution gaming system to give a virtual experience that is both immersive and realistic. It can also be used to simulate certain processes in the real world, such as medical treatment.

The semi-immersive version of the VR is the smallest of the three. It uses a computer, a virtual box and a head-mounted display to give a partial virtual experience. 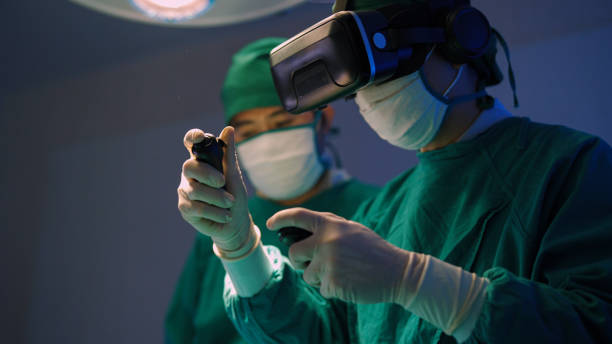 Using virtual reality, healthcare teams can learn and share information with one another. They can learn new skills, improve their teamwork and become more efficient. This helps improve patient outcomes. The technology also provides distractions that can make treatment sessions more relaxing.

Virtual reality can be used to help with pain management. It can also improve memory for Alzheimer’s patients. It can also train patients to care for themselves.

Stanford Medicine is using a new software system that combines angiogram images, CT scan data and MRI to create a three-dimensional model of a patient. This allows clinicians to see a realistic representation of the patient’s anatomy, as well as to better diagnose and treat the patient.

Healthcare virtual reality has also been shown to enhance students’ knowledge of age-related health problems. It also allows doctors to learn more effectively and to be better bedside manners.

Healthcare virtual reality also offers a more realistic experience than standard video conferences. It can be used to train patients to care for themselves and can improve patient experiences. It can also reduce recovery time and pain management.

The use of virtual reality in healthcare is expected to grow in the next few years. This technology will be used in a variety of applications, including physical therapy, pain management, surgical training and patient education.

In addition, the use of VR can help cut costs and improve patient care. It will also help to speed up physical therapy. This is because the technology provides a streamlined experience. 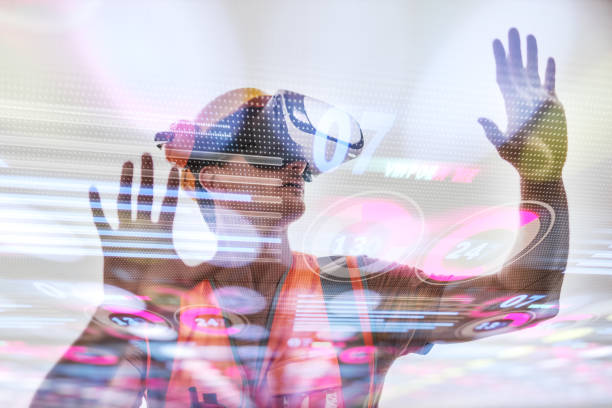 Using VR in retail offers several advantages. For starters, it helps to make shoppers more familiar with the products. They can then make more informed purchases.

It also helps retailers to learn more about their customers’ tastes and preferences. The process can also be expedited, which can save time and money. For instance, Ikea is already using VR to sell its products.

It can also be used for training purposes, allowing companies to train new employees in a safe virtual environment. However, there are some risks involved, so companies need to be smart about deploying it.

The VR industry is still in its infancy, and there are only a few practical applications. But the possibilities are endless. The virtual experience can include pop-up events, a virtual tour of a new store or designer collection, or a virtual behind-the-scenes look at a product.

Using VR in retail can also help to engage customers with a more personal experience, as well as provide an immersive, contextual experience. VR can also help businesses understand their stores better. It can also help retailers create better marketing and advertising campaigns, and it can allow them to gather customer feedback.

The emergence of VR and AR in retail could prove to be a boon for both consumers and retailers. However, it could also present some legal risks. Businesses must be smart about deploying VR and they must be able to ensure that it is the right technology for their business.

See also  What are android apps?

The report from Goldman Sachs estimates that the global augmented reality (AR) in retail market will be worth $1.6 billion by 2025. The report also identifies key business priorities and highlights factors that are stymieing its growth. 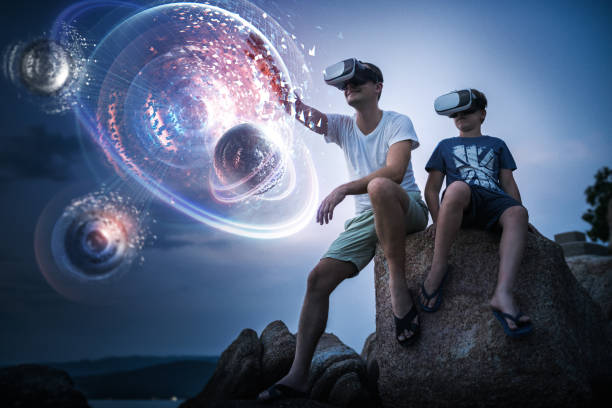 Unlike Virtual Reality, which requires a dedicated headset, Augmented Reality can be used by a simple device. The device can be either a mobile phone or laptop.

AR can be used to show a real-time picture of a product or display a video. Moreover, the technology has the capability to provide users with haptic feedback. This is an important feature of AR applications.

AR applications can also help in training. These applications are mainly used in the B2B sector. In addition, the technology can also be used by experts in the field. It helps in the display of technical drawings and relevant process information.

Another application of AR is the use of Smart Glasses. These glasses are paired with special software to provide the user with real-time information. This software allows users to interact with data on the glasses and hands-free use.

Another application of AR is the use in the retail industry. The IKEA catalog app can be used to visualize furniture in the home. This can help users improve their interior design skills.

AR applications can also be used to provide access to people with disabilities. It is also used to help students visualize complex medical conditions.

One of the best-known examples of AR is the app for Pokemon Go. The app is available in the Android Play Store and the Apple App Store. Players are required to track their location in order to catch Pokemon.